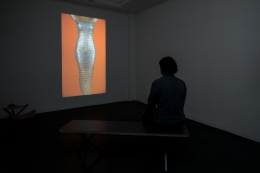 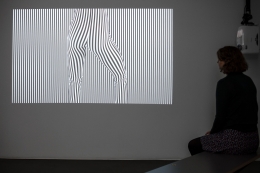 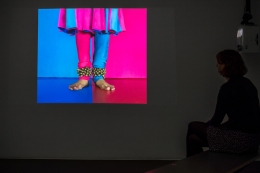 For the first time, Wetterling Gallery will present Yolacan’s video work in a specially designed installation in our project space. Investigating and borrowing from ancient forms of non-western dance (such as belly dance, Kathak and African dance), all four videos are part of an ongoing series of synesthetic experiments on ideas around the abstraction of the body and meditation through the repetition of movement and sound.

Inspired by early experimental Bauhaus theater and its prominent pieces such as Oskar Schlemmer’s Das Triadische Ballet (1922) as well as early modern dance pioneers such as Loïe Fuller and her piece titled The Serpentine Dance (1896); which the show is titled after; Yolacan creates the costumes and props, and lights and directs the videos to create the visual effects on her pieces, while collaborating with the dancers and the musicians to create the choreography and music. 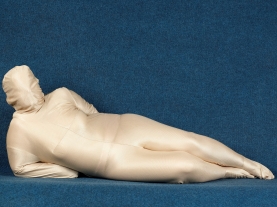