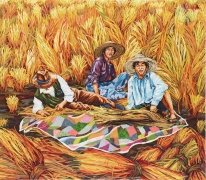 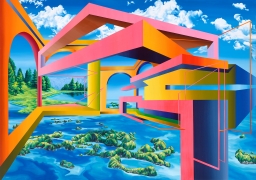 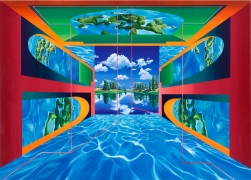 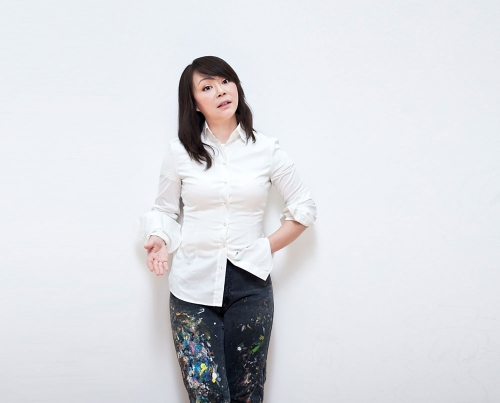 In SEO’s paintings, sculptures and installations, the theme of globalisation and its impact on the environment, culture and humanity is paramount. Her Korean heritage and experience of living in Germany inform her works, which began as figurative and have grown more abstract, drawing on Asian and western traditions. SEO came to international attention with her intricate canvases of yellow rice fields, which recall the intense hues of Van Gogh and which she created by applying myriad strips of rice paper to canvas primed with acrylic paint. Her filigree aluminium wall sculptures, Cold Landscapes (2014), evoke three-dimensional calligraphy and pit the poetic language of romanticism against the hard rationalism of our industrial age. Her recent body of paintings The Doubling of Reality, presented at Wetterling in 2016, marked another departure, presenting geometrical architectural structures floating in timeless and placeless landscapes. In these vertiginous, fragmented compositions reminiscent of computer games, planes protrude and recede, fantasy and reality collide as forests merge with sea and sky and interior and exterior become indistinguishable, reflecting the excitement and anxiety of technological change in our accelerated reality.

SEO was born in Gwangju, Korea in 1977. She studied traditional ink painting at the Cho-Sun University in Gwangju and trained under Prof. Georg Baselitz at the Universität der Künste, Berlin. SEO’s work has been exhibited widely including at the Ludwig Museum in Koblenz, Germany, BAP Galleri, Istanbul, Turkey, Today Art Museum, Beijing, China, and at the Venice Biennale (2017 and 2011) and Marrakech Bienniale (2016). She is represented in collections including Art Gallery of Ontario, Canada, Kunsthalle Mannheim, Germany, Museo de Bellas Artes, Santander, Spain and MoMA, New York. She lives and works in Berlin. 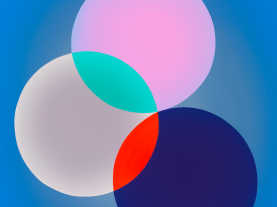 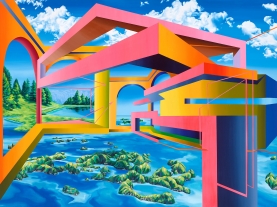 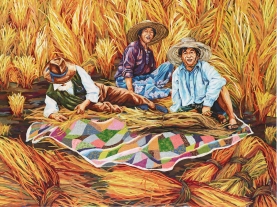 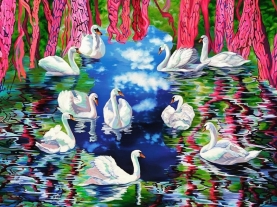